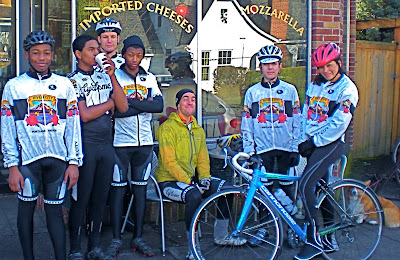 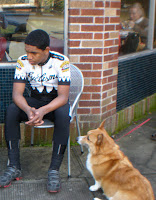 Our TIME to establish a Saturday Tradition is Simple.

At the RIGHT TIME, down Knapp Street at the Market.

Be on TIME BABY! 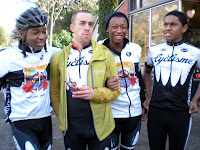 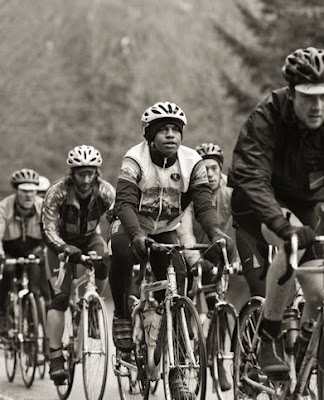 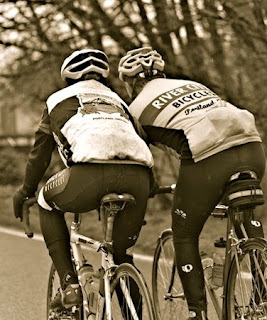 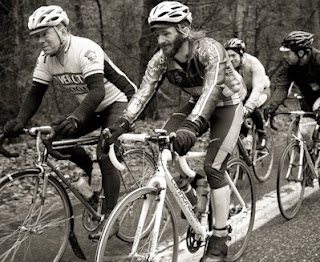 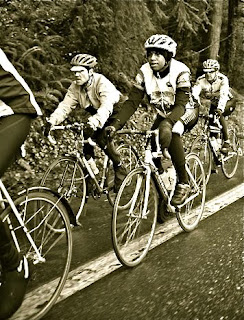 Posted by kidsofbike at 10:05 PM No comments: 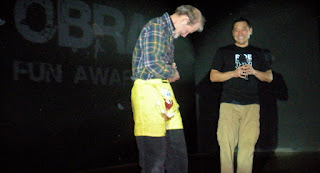 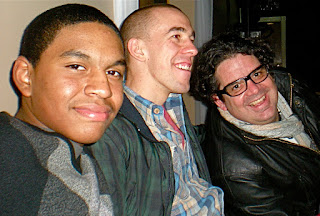 Dinner was provided free to the BAR winners by the hard working and generous OBRA board who has shown up at the races all year long.

Early to dinner, Naiqwan's mom Candi, Naiqwan, and I stuck together and were eventually joined at a table by a gentleman named Jerry Powell, his wife, and a man named Gary Brannen.

Not knowing each other, we made a little
small talk and found out both were previous b.i.k.e. Board members. Jerry coached John and Cyclisme in their first years.

Later, I recognized another previous b.i.k.e. Board member, Darryl Provencher. 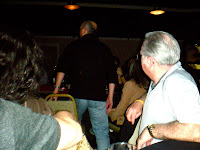 Kenji Sugahara, Master of ceremonies, put a fun touch on the award presentation. A very kind and gracious host, he made special arrangements for John to roll in easy. He did a lot to endear himself to Cyclisme this night.

Soon enough Directuer Sportif Benenate, big Bedford and his darling lady Catherine "Hana" Cooper arrived. All ears were turned toward the stories being told by Gary, Jerry & John. They talked of children from the Lore and took pride in some of the kids that had moved on to big things in life. 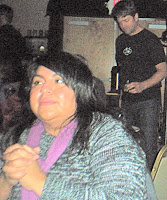 Eventually we finished dinner, and the Award Presentation for the BAR commenced.

Winning the BAR is something you don't do alone. One year ago I barely knew how to change a flat tire, let alone win a bike race. But when I joined Cyclisme, I started growing up, and cycling became a real creative outlet for me.

My teammates took me to races early on in the year and Coach Benenate challenged me to do things and take risks that I normally would not.

All year my teammates Stephen Bedford, Randy Word, Alex Lightman, DeyShaun Lee, Naiqwan Pellman, Greg O'Brien, Eric Lanners, Csaba Kormendy and so many others shared knowledge, equipment and advice so benevolently, that I was able to soak it all in easily and fully.

I did not only start excelling on the bicycle, but I also became more confident in other aspects of my life and started coming up with a life vision for myself. Being a bike racer is a lot of fun, but realizing your potential to make a difference in other peoples lives - that is when you have truly attained something great.

Just how everyone helped me this year I want to help, give back and inspire those who need it most.

I would like to go all over the country (possibly the world someday) and put kids on bicycles and teach them how to pedal smoother, faster and stronger all the while inspiring them to dream higher dreams for themselves.

b.i.k.e. is a good program, and watching the growth of Naiqwan, DeyShaun and Marquell this year taught me a lot about the world, our society and most importantly myself. 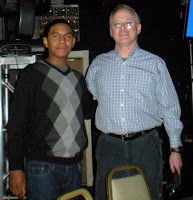 An end of the year ceremony can glamorize the hard work you do all year, and it is also rewarding to look back and be thankful for everyone who influenced you, helping you get to the next level.

The season is exhausting - showing up to just one race per day - but rather amazing when these officials keep track of hundreds of racers all day, every week, week in, week out. So as a team, we can all send out a heart felt thanks to the crew of Oregon Bicycle Racing Association for making bike racing in Oregon so much fun.


Naiqwan with top 13-14 Junior and I with Cat 3 OBRA Overall trophies. 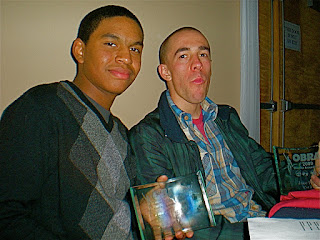 
Almost home
from over 4hours for some,
diligent journeymen ply the wind
on N.W St. Helen's Road.
Posted by kidsofbike at 10:52 PM 1 comment:

Leadership and Benevolence in 2010 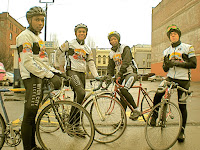 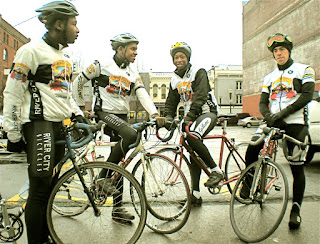 
Excellence is a process, it's not an outcome, or else we are already there.
We are transforming lives one pedal stroke at a time.

By reaching out to the Juniors and other faces missing from cycling, Cyclisme leads the way to excellence.

In 2010 I intend to create the fastest pedaling team in Portland. Legspeed will become our calling card, as legspeed games become mine.

You all must lead us
to the creation of a real Open Club,
an Elite Team,
and a Development Team.


Three tiers coupled with more offerings and a different price, will coincide with national pursuits.

When in doubt, focus on the Juniors.
Dig deep to give them all you got,
because that is
Benevolence, Good Form, Simplicity, and Team.

Posted by kidsofbike at 9:26 PM No comments: