Raced a Champ from Idaho and Won! 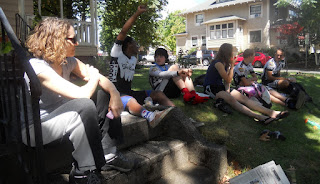 with my Team.
by
Keegan O'Neil
Photos
by
J. Fritzgerald b.
Downtown in "Old Town" Vancouver, this Criterium was a great time for Cyclisme. We were able to hang out with one another under some trees, and watch some of the best cycling Oregon offers, as Jake defended his Oregon Cup lead. We even had a pop up tent 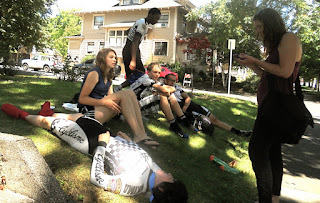 on the high vantage point corner at the top of the course.
We looked like such fun to everyone, that a journalist from the Columbian Newspaper came over and interviewed everyone about their race and our lives cycling. She wrote down what we said and I would not be surprised to see an article about us in the near future.(see here)
Oregon Cup Leader's Jersey wearer, in the morning, Jake held off Andrew Boone of Team Oregon and increased his lead.
We all congratulated Jake on his Oregon Cup Win! Jake showed throughout The Cup competition that he was the best racer in Oregon, he was in First the entire series, and he clearly deserved winning it. 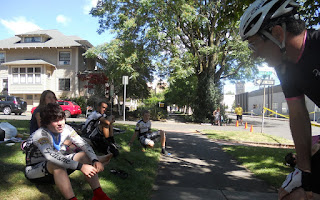 Note Stephen Bedford of Team Oregon got 3rd, and
Brad Gephard of Skyline lurking lore, won the Elite Men's event in the Couv.
John's friend Bob Grummel came by and I talked to him about my race.
He seemed very interested in how I did and also the rest of the team.
We liked the attention.
Everyone had a great time at the race!
Posted by kidsofbike at 9:36 PM 4 comments: 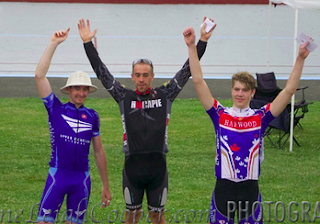 When
one
makes
a
goal

by
J. Fritzgerald B.
Photos
Catherine Cooper
Wheels in Focus
to be something big, they have to be brave 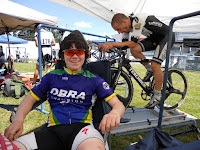 enough to face the challenge honestly. When one is trying to be a National Champion, it is good to race with the best to get ready. To figure out where you stand and what you have to work on. 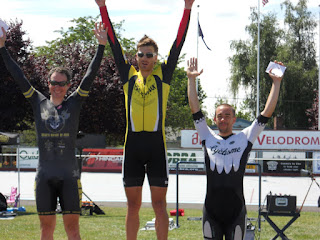 Kit Karzen in an epic battle in the Omnium Scratch Race.

It was then that he understood his first forte was "rollin." Jake's a roluer, a big roller, no matter what you call it, the biggest rolling without break is Jake's favorite, and it happens in a Scratch Race.

To be ready, this year Jake not only worked on big intervals, but he invested in the kids that look up to him and used them as training partners (see here). Kids like Keegan O'Neil are better for it.

A man for the community like Jake, deserves victory. But he knows his good character is not enough. He trains early in the morning up on Skyline like he knows it's not enough.

So this summer, Jake signed up and went to some big races. Track races with the biggest prize lists.
Races with big money attract big stars like the National Scratch Champ, Jame Carney.
Jake attended the big three, big money Track Omniums on the West Coast to see where he stood. Testerossa at the Hellyer Velodrome in San Jose, the Alpenrose Velodrome Challenge, and the Marymoor Grand Prix in Seattle gave Jake a chance to see where he stood.

Thanks to mentors like Stephen Beardsley in the Madison and Mr. Carney himself in the Scratch Race, Jake will bring a whole new set of tools to his second National Championship this September. 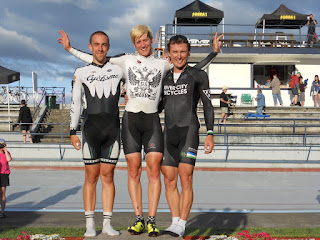 Now after due diligence we have a better idea on where Jakes stands. When Elite Track Nationals comes around we think it will be on the Winner's podium.
Posted by kidsofbike at 7:06 PM No comments:

Check your OBRA rank at: http://obra.org/bar
Posted by kidsofbike at 1:07 PM No comments:

Carney, Allar, and Hayduk kick off 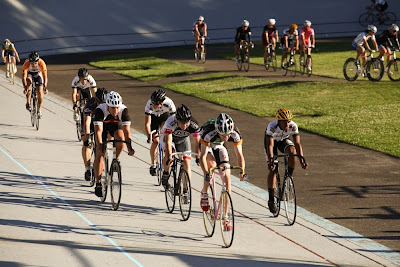 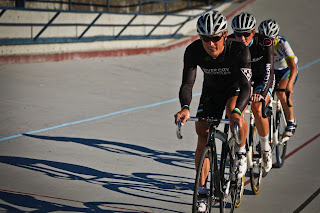 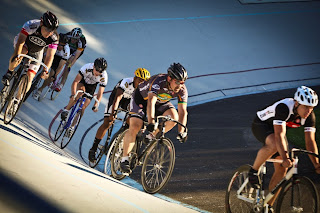 Because of the "Small Pond" setting of a typical, if not good turn-out of scratch racers, fields were combined and some young racers got to race with the champs. 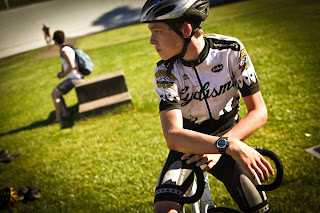 t Ross was one, and he had the time of his life.

Photos by:
Posted by kidsofbike at 4:40 PM No comments: 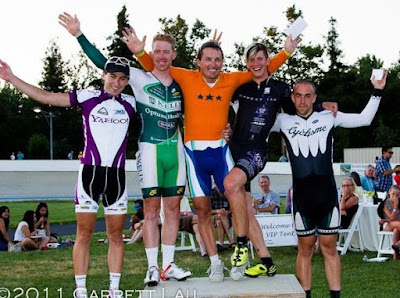 Hellyer Park Velodrome, the Testerossa Classic
offered top flight competition and $13,000. Jake Hansen kept up with the the competition and
brought home the
gas money. 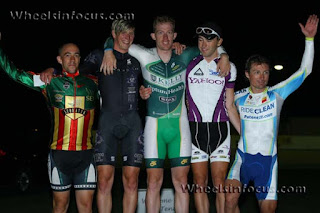 Riding with Scratch Champ Jame Carney, Jake was served another lesson in Scratch racing by the Great.
But in the Points race, Jake gave a sign of things to come.

Jake got 5th in the Scratch and 4th in the Points.

Zak Kavolchik rode great and finished 2nd in both Scratch and Points.

Gentle Lovers, Stephen Beardsley and Andrea Fisk did the driving and made the

connections so everything was plush for Jake.
Posted by kidsofbike at 12:16 AM No comments: