Strategy is the art of thinking ahead, and making a plan for success.


Last year, as a team looking at the calender of the 2014 OBRA season, Word RCB racers built a strategy around the "Oregon Cup Individual Time Trial Series" or "OCITT Series."


Keeping up with the kids, adult mentors also saw real improvement in their ability to race medium distances against the clock.
For 2015, the strategy has remained the same. However now, we have done it once already.
That point improves the strength of the strategy exponentially.


Everyone on aero bars, our tandem team more practiced than last year, lot's of aero helmets and a clearer understanding of what they are getting into, Word RCB is a whole new team starting 2015.


Keep up with the 2015 Oregon TT Cup Series standings (here) 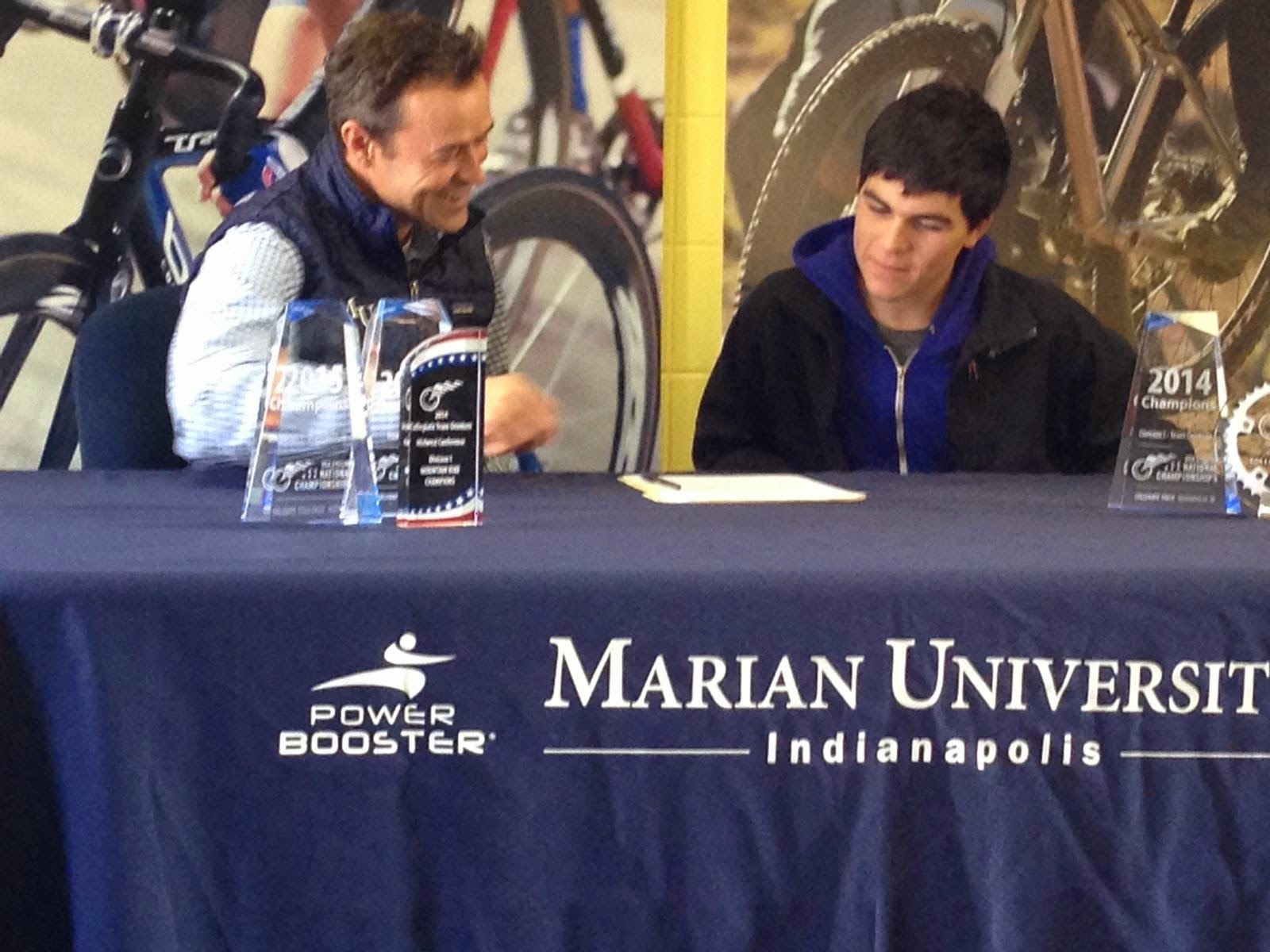 Indianapolis, Indiana is the home of the Major Taylor Velodrome. Just across the street is America's premiere cycling college, Marian University.

Keegan O'Neill is a b.i.k.e. Graduate who recently committed to matriculating at Marian with a large partial scholarship for cycling.

Keegan has long had his sights set on college, and collegiate cycling.

While Keegan rode with Bicycles and Ideas for Kids' Empowerment he led with motivation, love of cycling, and doing what it takes to succeed at getting into college. Academic zeal and community service were two of his most prominent characteristics.

Like Staci, Nils, Rion, Nissy, Stephen, Jake and many others, Keegan O'Neill represents the ideals of Benevolence, Good Form, Simplicity and Team without omission... and we are very proud of him.

Thanks Keegan, for bringing honor to the Lore of Cyclisme and to the reputation of the OBRA peloton.
Posted by kidsofbike at 5:30 PM No comments: